When you think of the players who have shaped basketball history, true NBA legends, winning at least one MVP award is a given. On the other hand, some of the most well-known names have never won it. Let's take a look at who didn't make it and why.

Given the depth of talent that competes for the NBA parquet, assigning the title of Most Valuable Player is not always effortless. Despite defining an era or becoming NBA icons, many legends have failed to win regular-season MVP awards. Some have had to compete against undisputed era kings like Michael Jordan, LeBron James, Kareem-Abdul Jabbar, Bill Russell, and Wilt Chamberlain.

Others have been overtaken by players with better winning records and have failed to lead their teams to victory. We'll rank the 10 best players who have never been named MVP of the regular season in this special ranking, which includes Hall of Famers. He appeared in the All-Star Game nine times, won the dunk contest twice, and led the NBA in points scored per game for one season, averaging 30.3.

The season in question is 1985-86 when Wilkins came dangerously close to winning MVP. He came in second place, trailing only Larry Bird, with whom he had one of the most acrimonious feuds in the 1980s. Larry also beat him in the playoffs, preventing Wilkins from leading the Hawks to the championship game. Despite 19 top-flight NBA seasons, John Stockton did not win the MVP award, unlike his long-time pick-and-roll partner. Stockton currently leads all-time in assists and steals. He was selected by the Utah Jazz in the 1984 NBA Draft, and he remained with the team until his retirement in 2003.

During his career, he formed a strong bond with Karl Malone, with whom he played for 18 years in a row. During that time, he was the league's best assist man for nine seasons in a row. He is second only to Magic Johnson in this category, with a career average of 10.5 assists per game.

Stockton's career highlights are undoubtedly the two consecutive Finals appearances in 1996-97 and 1997-98. In both cases, Michael Jordan's Chicago Bulls destroyed the Utah Jazz. Despite 11 All-NBA team nominations and 5 nominations for the NBA's second-best defensive team, his best finish in the MVP race was in seventh place. Clyde Drexler was regarded as the best NBA player after Michael Jordan in the early 1990s. His lack of MVP consideration is undoubtedly due to the period in which he played. He was named an All-Star ten times during his 15 NBA seasons and averaged over 20 points per game.

The Portland Trail Blazers selected Drexler with the fourteenth overall pick in the 1983 NBA Draft. He reached the Finals twice with the Oregon franchise. In 1990, he was defeated by the Detroit "Bad Boys," and in 1992, he was defeated by Michael Jordan's Chicago Bulls.

He had his best season in the latter, averaging 25 points, more than 6 assists, and more than 6 rebounds per game. Despite his outstanding individual and team performances, he had to settle for second place, as Jordan took home the MVP award.

He joined Hakeem Olajuwon's Houston Rockets in 1995 and won the ring that season. Drexler is best known for being a member of the 1992 Dream Team. With three doubles, Jason Kidd was unquestionably one of the greatest players of all time. His NBA career began in 1994 with the Dallas Mavericks and lasted 19 seasons. His first individual honor came in the form of Rookie of the Year.

Kidd was a ten-time All-Star and five-time best assist man during his career. In the 2001-02 season, he was elevated to the top of the league after passing to the New Jersey Nets and transforming them into a contender.

With the addition of Kidd, the team improved its 26-win record from the previous season, only losing in the Finals. Only Tim Duncan received more MVP votes than Kidd that season. In 2011, during his second season with the Dallas Mavericks, the player was able to put a ring on his finger. With 107 career triple-doubles, he is currently ranked fourth in all-time triple-doubles. 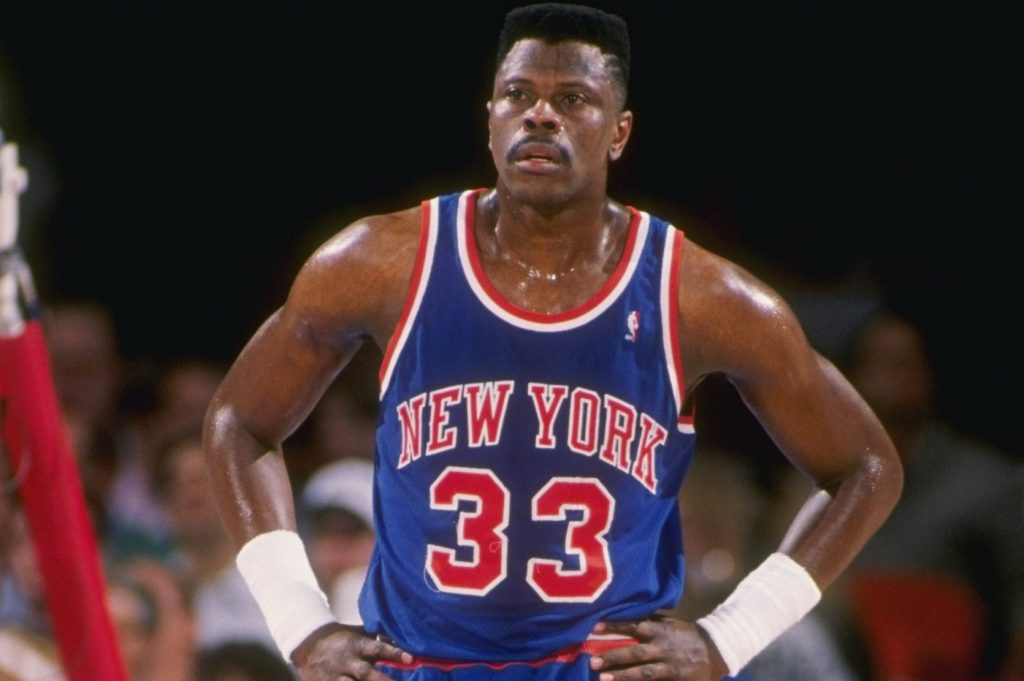 Patrick Ewing is another player who failed to establish himself as an MVP due to the abundance of talent in the NBA at the turn of the 1980s and 1990s. He had to deal with a lot of Dream Team teammates during his best period of play.

He appeared in 11 All-Star Games during his long career and was the best scorer for the New York Knicks in every era, a franchise with which he has been associated for the majority of his career.

The Jamaican-born was also a leader in rebounds, blocks, and steals in every era. Ewing was a double-double machine, averaging more than ten points and ten rebounds for nine seasons in a row. He finished in the top five as an MVP candidate six times, but he never won the award. The Rookie of the Year Award won in 1986, is still the highest individual honor. 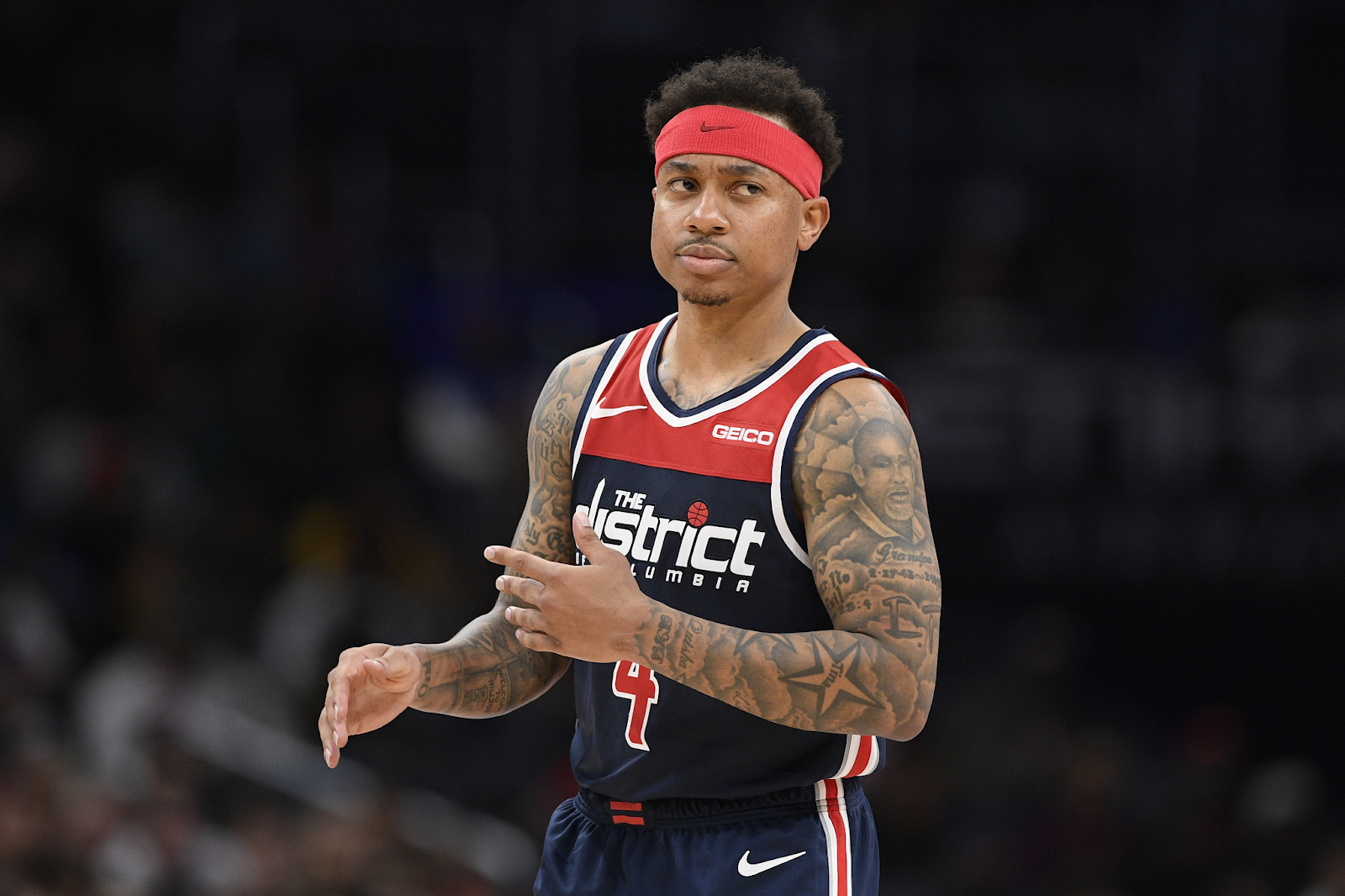 Isiah Thomas, the Bad Boys' leader, led the Detroit Pistons to two successive championships. He defeated both Magic Johnson and Michael Jordan, but he was unable to establish himself as the season's MVP. Thomas was selected by the Pistons in the 1981 NBA Draft and immediately became an All-Star, owing to his dynamism.

He appeared in the game of stars 12 times during his career, which ended in 1994. In terms of points, assists, steals, and games played by the Detroit Pistons, he was a leader in every era.

In 1984-85, he had his best season, averaging 21.2 points and 13.9 assists per game, the best in the league in the latter statistics. Despite his outstanding performance, he came in ninth place in the MVP race. Thomas, like a true Bad Boy, was able to maintain a high level of performance for the majority of his career by focusing less on the numbers and more on the team. 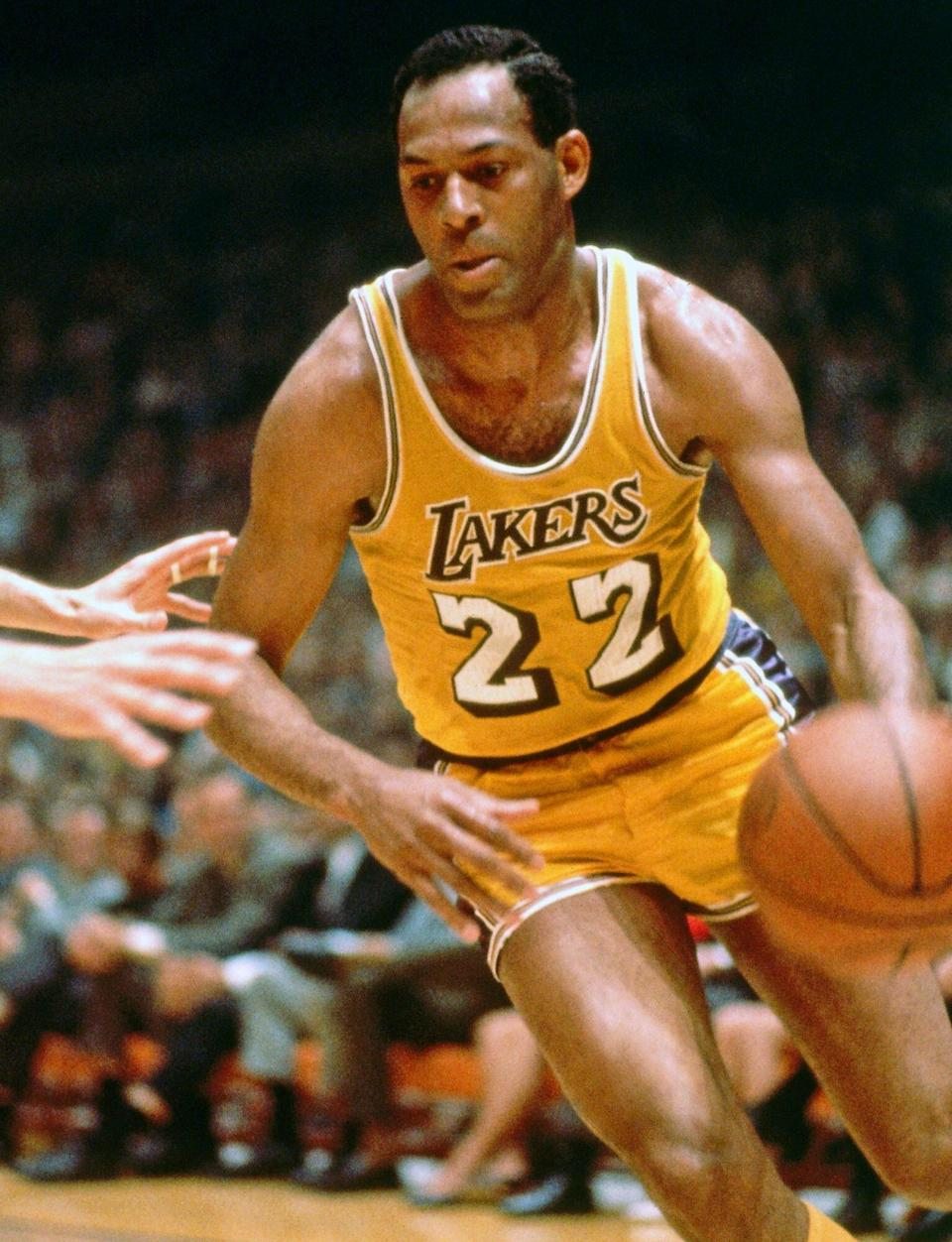 Elgin Baylor debuted in the NBA with the Minneapolis Lakers in 1958. The franchise relocated after two years, and Baylor became the face of the newly formed Los Angeles Lakers. His rise to MVP contention was quick, but he had to contend with Bill Russell (5 MVPs) and Wilt Chamberlain (4 MVPs). He was selected for the All-Star Game 11 times and was named Rookie of the Year in 1959.

He and Jerry West appeared in seven NBA finals, losing six to the Boston Celtics and one to the New York Knicks. He retired in the middle of the 1971-72 season when the Lakers won the NBA championship. For ten years in a row, Baylor was named to the first All-NBA team, averaging 27.4 points per game, the third-best average in the league. 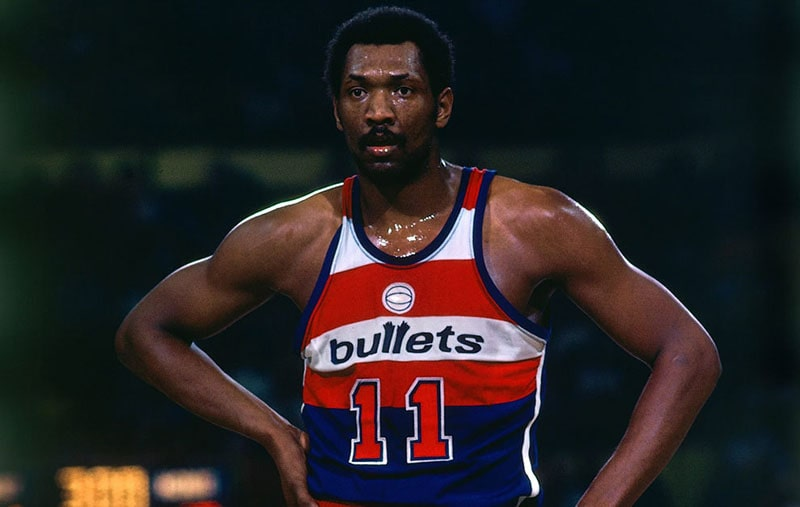 Elvin Hayes' jump shot from the post was one of the most difficult shots to stop in NBA history. With 28.4 points per game and 17.1 rebounds per game, the strong forward had the most impressive debut season in NBA history. During that season, he was the league's leading scorer and rebounder by a factor of two.

He appeared in 12 All-Star Games, but his best finish in the MVP race was third place. When he won the ring with the Washington Bullets in 1978, he reached the pinnacle of his career. He finished his career in 1984 with an excellent average of 21 points per game, demonstrating a high level of consistency John Havlicek is one of the most successful players in NBA history, having won eight championships. On the court, Havlicek was a one-man show, and he is remembered as one of the most complete players to ever grace an NBA court.

He was named 13 times All-Star and 11 times All-NBA with the Boston Celtics, with whom he played every season of his career. Hondo gave Bill Russell's legendary Celtics a new lease on life, extending the dynasty well into the 1970s.

He averaged 26.1 points per game, 8 rebounds, and 7 assists from 1969-70 to 1972-73, making him an MVP candidate. He came in fourth place behind Kareem-Abdul Jabbar, Jerry West, and Wilt Chamberlain in 1972. Although he has never been named MVP of the regular season, his spotlight remains an unattainable goal for even the best. 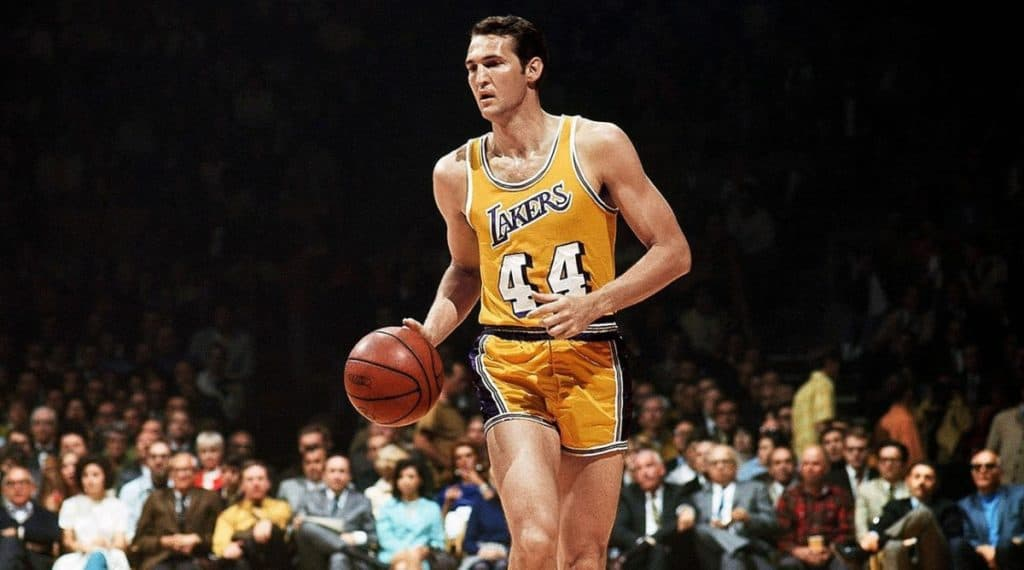 Jerry West, the man who has become synonymous with the NBA as "Mr. Logo," has never won the MVP award. It's almost unbelievable that the player whose silhouette appears on the NBA logo has never been named the league's best player. West was a 15-time All-Star and 12-time All-NBA selection during his career with the Los Angeles Lakers. West is the only player in Finals history to be named MVP despite not winning the championship.

After losing eight finals, he won his only championship in 1972. He was the best scorer in the 1969-70 season and the best assistman the following season. No player in history has ever come close to winning the MVP award; in fact, he has finished second in the voting four times. West's career was not without its ups and downs, but with a little more luck, he could be one of the most successful players of all time.